Cleansing Tools You Need In Your Routine… 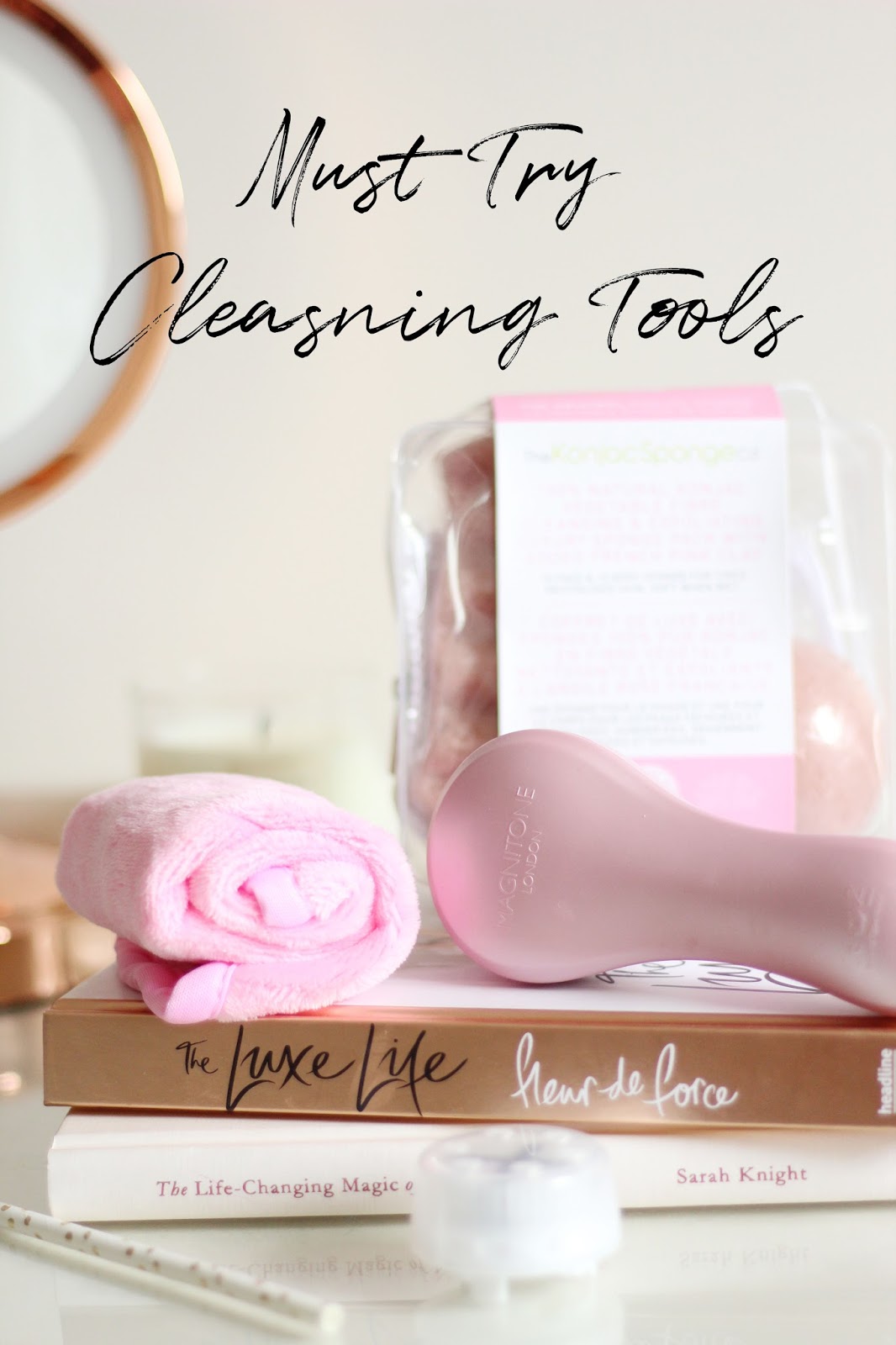 Along with moisturising, cleansing is by far one of the most important steps in my skincare routine.

I wear makeup most days and have reletively oily skin so making sure I cleanse properly is a priority. It was the end of last year I decided to step up my cleansing game and switched to using the Magnitone Daily Cleansing Brush*, since then I’ve noticed a massive difference in my skin and found a place for cleansing tools in my routine…

A product I’ve introduced more recently to remove the initial layer of makeup is the Magnitone Micro Fibre Cleansing Cloth*. At first I really wasn’t convinced this would work effectively, yet seriously intrigued at the same time. Using just this and warm water, honestly in less than a minute it’s removed pretty much all of my base makeup – what’s visible anyway… One thing I will say is that it’s kind of annoying that I have to remove my eye makeup separately, but it saves me from having to use Micellar water to cleanse my face.

Onto my proper cleanse, in the evening I use the Magnitone Daily Cleansing Brush with a cream, oil or any kind of cleanser I fancy using. I have spoke about this before but it’s been over 6 months using it now and all I have to say is good things in how it’s changed my skin. I still have some small under the skin bumps, but the Magnitone really has helped to reduce them and keep my skin clear. I know it’s the Magnitone as I had a 3 week break as I needed new heads for it (they need to be replaced every 3 months) and my skin just didn’t look the same. If there’s one cleansing tool I recommend, it’s this! In the mornings I don’t use the Magnitone, and to be honest sometimes I’ll just simply use water and then go on to moisturise. This is just what works for me, and I’ve found not over loading my skin with products works well. 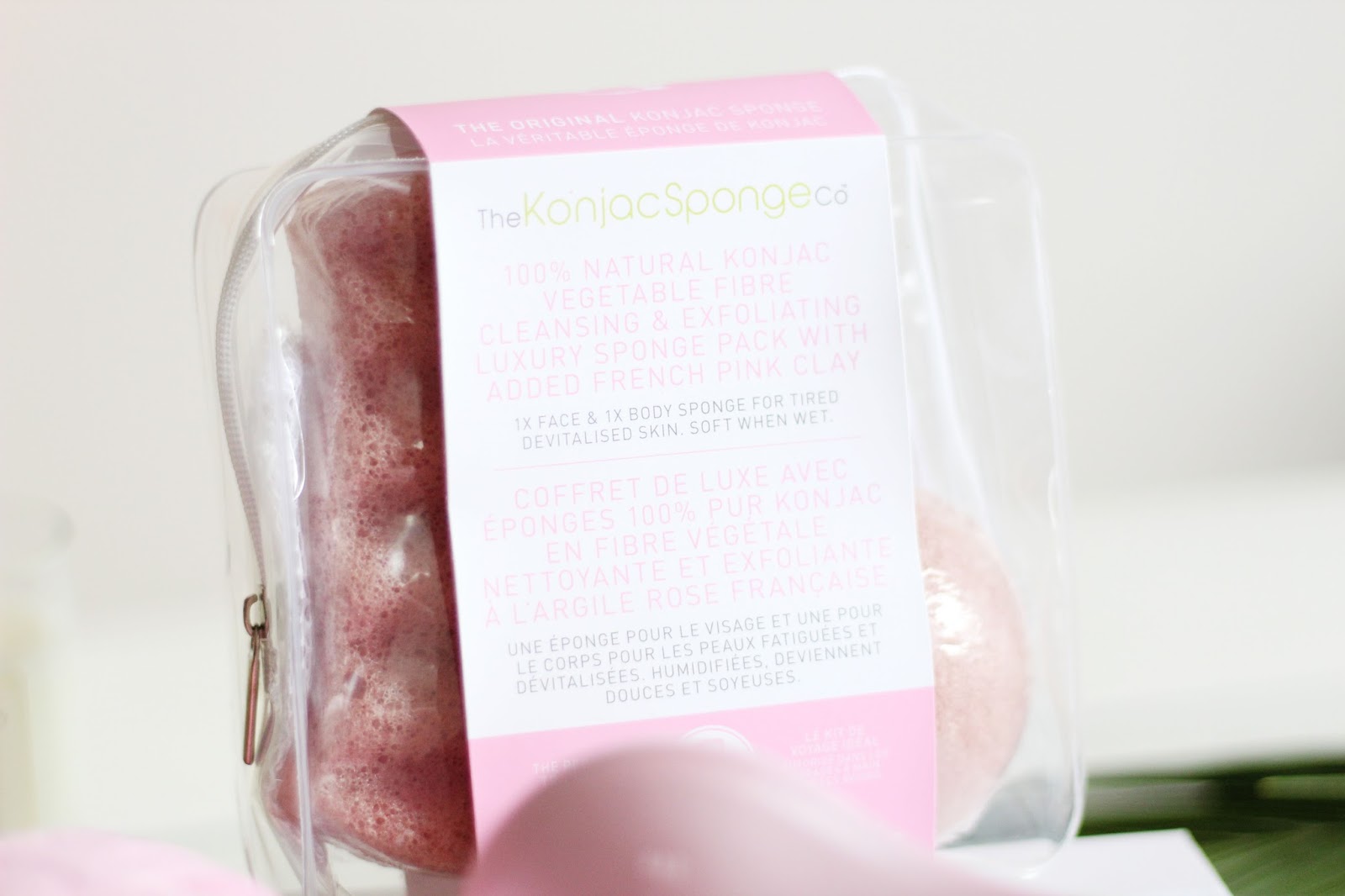 The last cleansing tool that I’ve seen everywhere at the minute Konjac Sponge*. This instantly appealed to me as it’s 100% natural and said to be brilliant for clearing pores and keeping skin clear. I use this after I’ve used a face mask to ensure it’s been properly removed and it leaves my skin feeling soft, and I have the piece of mind that the mask isn’t clogging my skin. If you’re not keen on the idea of splashing out on the Magnitone but want to try a cleansing tool, the Konjac Sponges are a really good place to start.

« The MAC Lipstick I Always Repurchase Getting Engaged… One Year On! »

I have used Konjac Sponge before and it is so nice and soft. Great picks and I must say I am new to your blog, but your photography is amazing! Naya // http://www.partyparrotblog.com

I feel like I need something like this, I can go through so many makeup pads!Danielle xxxhttp://www.fashionbeautyblog.co.uk/

I really need to invest in one of these cleansing brushes! My skin is so awful right now, It's just having one of those moments xxwww.fridayfaye.com

The Konjac Sponges sounds amazing, I love the sound of it. Defo need to add it to my skincare routine!Lee | http://www.thatbellemakeup.co.uk

I haven't used a cleansing brush in so long, I should really give it a try again!Lynnsay xwww.sartorialscot.com

I tried the Konjac sponge as well, really liked it. ZEKALIN

I've got the magnitone cloth and it's so good!! I use it to take all my make up off which I probs shouldn't do but I'm so lazy – it's really good at taking it off too haha!Robyn / http://www.phasesofrobyn.com

I think I need to buy myself a Konjac Sponge! I use so many cotton pads when I cleanse and I know that's so bad for the environment!Sharni // http://www.agirlandgrey.com

I love the sound of the Magnitone Cleansing Brush – I need to purchase this as I feel it would help me be more consistent with my nightly facial routine xoChar | http://www.charslittleblog.co.uk

I don't really use any cleansing tools but I might have to go try out some soon! 💗Love Somachi xxhttp://lovesomachixx.blogspot.com/